A Restaurant that has Mac and Cheese as its Foundation

Mac and cheese, yes, the pasta mixed with that cheesy sauce, is one of America’s most favorite dish and may be the best comfort food. The salty yet creamy sauce that gives that well-cooked elbow pasta some flavor and may it just be the plain cheese sauce, the dish still seemed to be bursting out with different taste! May your mac and cheese be topped with bacon, extra cheese or may it have some herbs, chicken or anything else, as long as it will give the mac and cheese taste some adventure and thrill, it’s really worth a try. Erin and Allison are co-founders of the restaurant and you know what, they we’re not even friends but complete strangers at first. The first time they meet, while sharing a table at a café, they were able to share about their love for food, cooking and eating and there is all of these all started. The two decided to leave their jobs and fulfill their dream of opening a restaurant. This was not an easy venture for the two, they started at underground markets and festivals, testing different home recipe for mac and cheese and spent long nights in figuring out how will they be able to finance the business of their dreams. The restaurant was a real team effort as their family and friends contributed on building it, was the first restaurant to be successfully funded through a Kickstarter campaign, raising $7,600 in 36 days. After more than a year of long nights and negotiations, the restaurant opened last Valentine’s day 2011. And since the business grew, they opened Homeroom To-Go to accommodate the Bay Area’s ever-growing hunger for mac and cheese last December 2014.

It is really amazing how a restaurant that started with a staff of twelve now have 100 and is serving 5,000 mac and cheese weekly! Well, the choice of mac and cheese as a business venture really became a hit in California. Now, they have thirteen variety of mac available.. that’s really a lot when it comes to macaroni. For their mac and cheese, they have the classic flavor that everyone grew up eating. Since California is known for its love for Mexican food, they also manage to create a Mexican Mac which is made out of Niman Ranch chorizo, jack cheese, chipotle adobo which is served with cilantro and lime wedge. This Mexican Mac can also be turned to a vegetarian mac. Hey will also allow you to customize your meal as they offer several add on that you may ask them to include in your choice of mac and cheese- with these your mac will be extra special! The restaurant also serves beers, wines and homemade desserts that all perfectly match the prime dish that this place is serving. 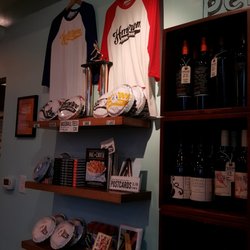 Aside for offering food that will satisfy your tummy and for allowing you to have their food to go, the owner was so kind as they are also selling a cookbook, their very own “The Mac+Cheese Cookbook.” They are just too generous to share the recipe that their restaurant is also serving. Now, with this cookbook, everyone can enjoy Homeroom’s delicious mac and cheese at the comfort of our own home.. but, if you’re still feeling lazy to cook, let’s not forget that Homeroom also allows its customer to order online. Online orders can be delivered or picked up so now there’s no reason for you to miss this out!

The owners, together with its staff has a goal of becoming the best in the world when it comes to mac and cheese. With this, they will strive to improve the quality of their dish and service together with their partners. They also wanted each Homeroom branches to have a unique dish that won’t be found in other branches. Isn’t that an amazing thing that each branch will have something different to offer and be proud of.